As we approach the post patch slowdown we goblins are forced to search out new markets to exploit for sales. Currently we are faced with decreased numbers of sales and decreasing profits on our current sales. We must search the auction house for undiscovered markets where there is little or no competition. My search has lead me to Archeology Keystones.
Archeology Keystones are an untapped market on my server. There are eight keystones in total. They are:
Draenei Tome
Dwarf Rune Stone
Highborne Scroll
Nerubian Obelisk
Orc Blood Text
Tol'vir Hieroglyphic
Troll Tablet
Vrykul Rune Stick
Archeology Keystones are used to help complete the archeology artifacts. Each artifact can use one to five keystones for completion. While these keystones are not required they do provide an easy way to speed through the profession.
Server prices will vary on prices so I will use the prices on my server for example. Keystones such as Dwarf Rune Stone and Troll Tablet typically sell from 50 gold to 150 gold. Artifacts such as Draenei Tome, Highborne Scroll, and Orc Blood Text sell from 100 gold to 350 gold. Other artifacts such as Vrykul Rune Stick sell from 150 gold to 300 gold. The remaining artifacts Nerubian Obelisk and Vrykul Rune Stick generally sell from 350 gold to 800 gold. Check your auction house for pricing on your server.
As you can see prices on these keystones can vary wildly. Typically top prices are 300% higher than bottom prices. This presents an excellent opportunity to make some nice profits. You can choose to either farm these items and sell for profit or buy out lower priced items and flip them. Either way there is room for a nice profit in this market.
A word of warning: As I study markets I try to find trends in the market that will allow me to know when the best time is to buy and sell. As such I have been unable to spot the trends that I have been seeing in these markets. At some times the keystones are priced unbelievably low and at other times they are priced way above common top prices. Some days there are no keystones on the auction house and other days the auction house is flooded with them. So far I have been unable to find a common denominator to explain this. It does not follow a trend for the day of the week (weekend/weekday) or a specific time of the month. I can find no trend to explain the availability of items or the times they are posted. Therefore I consider this market to be extremely volatile but the profit margin, I believe, is worth the risk.
As with any market patience is key. When selling keystones you must be prepared to enter and then leave the market as needed. Keystones are a slow but steady seller. You will not make huge profits from them in the short term but can make large profits in the long term. You may control the market for a few days but then be prepared to leave when other sellers enter and undercut. Sell only when prices are highest. Be patient and profit. Let others sell out their stock at low prices then reenter and reset prices. This is a market with huge potential for those that know how to maximize profit in the long term.
Posted by Jafo at 8:11 PM 0 comments

Merry Christmas to one and all. 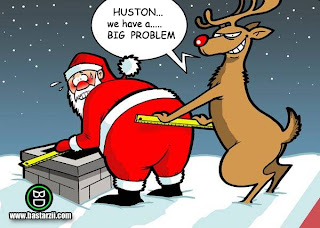 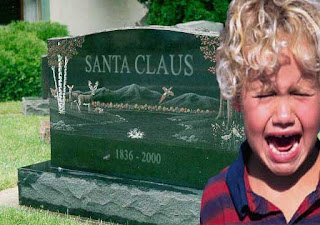 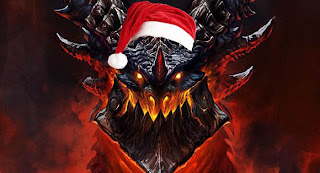 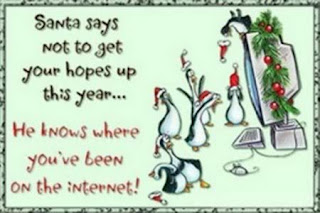 Epic Gems
Patch 4.3 was extremely profitable for Jewelcrafters. Rare gem cuts sell so fast its difficult to keep them in stock. Unfortunately the same cant be said for epic gem cuts. Like many I stockpiled my JC tokens in expectation of the epic recipes. I have two JC's and purchased PvE recipes on one and PvP recipes on the other. This gave me the ability to dominate the Epic gem market from the start. Unfortunately is is not difficult to dominate a non-existent market. To put it simply, epic gems don’t sell.
There are two primary reasons for this.

First, the prices are too high. It would be too simple to say “Well then just lower the price idiot”. As a Jewelcrafter I am at the mercy of the supply side of the market for my gems. When sellers of uncut gems price high then I am forced to price high to make a profit. I am in the AH game to make a profit. Not break even. Until the market provides more plentiful and cheaper uncut gems then we are at the mercy of our suppliers. Hopefully this will improve with time.
Second, Epic gems just arnt that well, um, epic. With epic gems providing a +10 stat boost compared to rare gems they are not cost efficient. In addition to the off color gems providing a +5 stat increase for each stat the rare gems are sufficient. I don’t see people wanting to invest in epic gems at this time.
Epic Crafting Recipes
The epic crafting recipes have turned out to be a huge disappointment for me. The recipes are selling for 15-35k each on my server. However they are simply not worth purchasing. This is because one of the mats needed to create the items is in extremely short supply. Essence of Destruction is required to complete these recipes. The supply is almost nonexistent on my server and the few appearing on the auction house are extremely overpriced. Most of these crafting recipes require eight Essence of Destruction to craft. Since Essence of Destruction tends to sell for approximately 10k gold each this requires an initial investment of 80k gold to craft. With the cost of all other mats, break even for crafted items is approx 83k per item. With even a modest markup for profit the list price would be 85-100k gold. Unlikely to sell at that price. Even the smaller items, for example crafted bracers, require four Essences to craft making cost approximately 42k each. It is unlikely that someone would pay 45-50k for a set of 397 crafted bracers when the valor bracers sell for under 10k each on my server. So until supply rises and prices drop on Essence of Destruction the epic crafting recipes will not be a viable way to make gold in the game.
Epic Darkmoon Faire
Everything new is interesting. DMF was a huge success when it first appeared. However after a week of exploring it I don’t feel like it has staying power. The tickets are capped by limited amount of dailies. The dailies themselves are simple and not very interesting after the first few times completed. Unless Blizzard is able to keep updating and changing it I don’t believe the majority of players will stick with it after the first few months. Leaving it only for a few collectors to continue returning.
Special Note
A big 'thumbs up” to Blizzard for making the pets dropped from the Satchel of Exotic Mysteries BoE in patch 4.3. The prepatch BoP pets were getting annoying for me with duplicate pets that I was unable to sell. Thanks Blizz.
Posted by Jafo at 3:03 AM 0 comments

Jafo
You can reach me at: JafoCairne@gmail.com